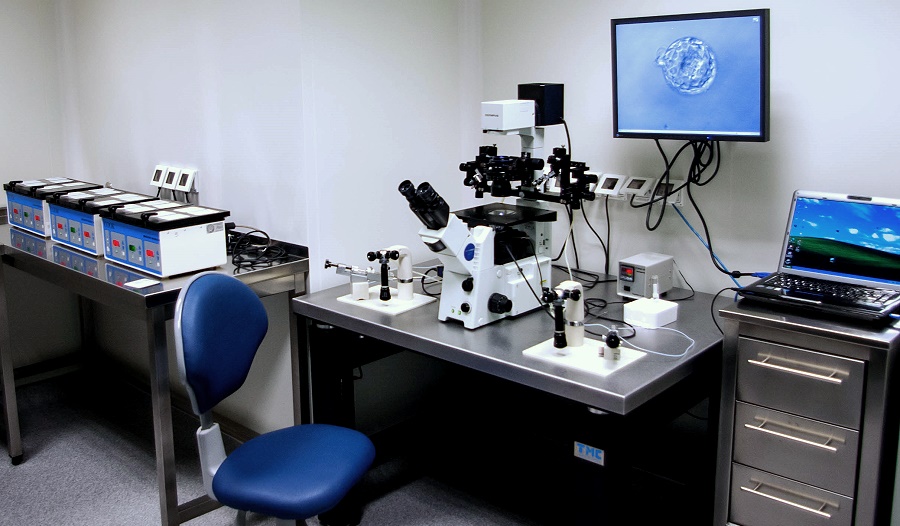 New technologies we use in our IVF laboratory

By equipping a new laboratory, every detail has been carefully selected to increase the chances of pregnancy. The laboratory is located in the middle of the new space, isolated from all other rooms by air lock, the walls are made of antibacterial panels used in clean room technology, and paints and adhesives used in construction were selected to contain minimal amounts toxic substances. 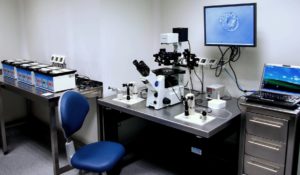 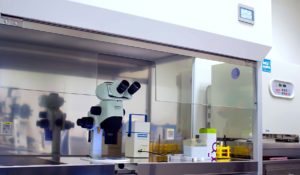 With all of these modern techniques we provide the best possible environment for embryo to succeed.

DNA fragmentation is one of the invisible signs of sperm deterioration. Such sperm cannot be distinguished from others until they are stained in a certain way which helps us to diagnose their increased proportion, but after that we cannot use the remaining healthy cells in therapy e.g. by insemination or in IVF procedure. 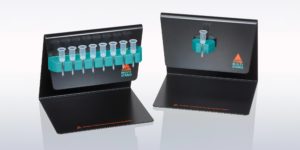 This test determines the maturity of the sperm in the native seed sample (before any treatment separating the sperm with the best characteristics). The test is based on the ability of mature sperm to bind to hyaluronan, a compound found in high concentrations in the follicular fluid in which the egg develops and the cumulus oophorus, a group of cells and intercellular substance that surrounds the egg.

Sperm that bind to hyaluronan:

A method for storing ova and embryos in which the sample is immersed directly in liquid nitrogen at -196 ° C, which leads to the “glazing” of the liquid part of the cells, the so-called vitrification.

The most important advantage of this method:

From the very beginning of the treatment of male infertility by micromanipulation methods, one of the main problems is the choice of sperm.

In order to prevent the selection of sperm potentially unsuitable for fertilization and proper embryonic development, it is necessary to apply the method of MSOME (motile sperm organelle morphology examination), with sperm observed at an increase of 6,000 to 13,000 times. 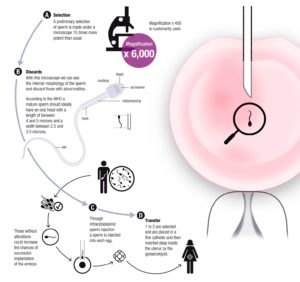 As it is an unstained preparation, and live and motile sperm, the application of this method in the clinic has led to the development of a modified variant of ICSI called IMSI (intracytoplasmic morphologically selected sperm injection) by which we select morphologically best sperm.

The combination of PICSI and IMSI methods gives the best results in cases of marital infertility caused by the male factor.

Want to ask a Doctor? Talk to us or leave us a message, we are here to help you
Contact Us